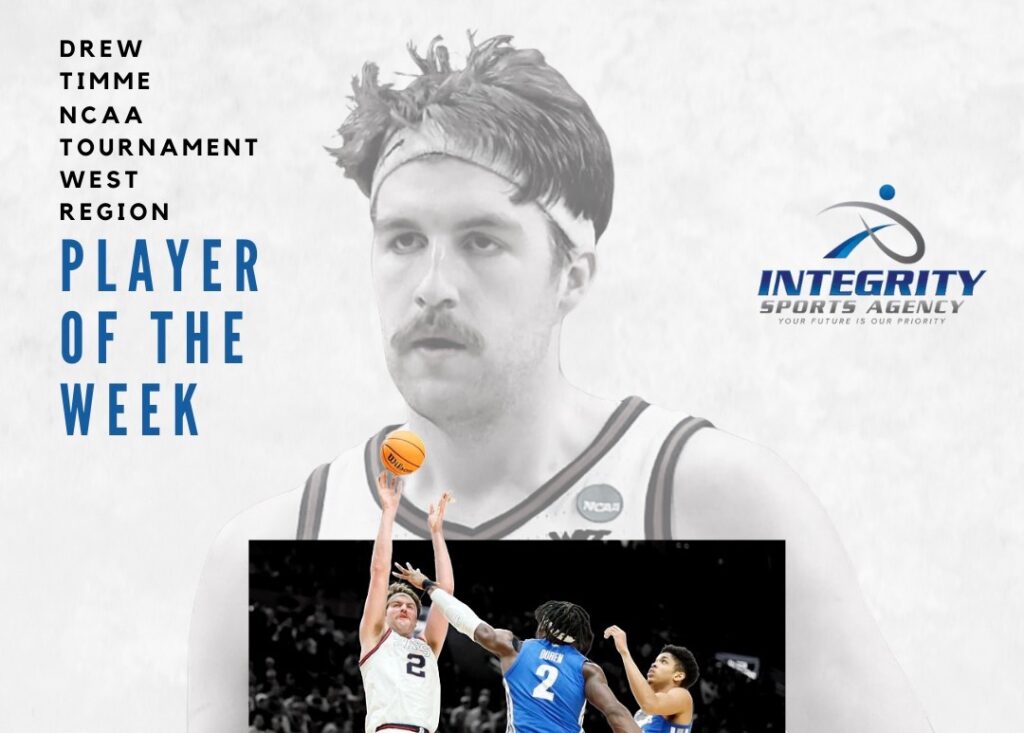 On Monday, Integrity Sports Agency honored Gonzaga forward Drew Timme as ISA’s Player of the Week for the West Region of the NCAA Tournament.

Timme led the Zags to the Sweet 16 with two double-double performances in wins over Georgia State and Memphis. In the win over Memphis, Timme was the game’s leader in both points and rebounds, scoring 25 and grabbing 14 boards. He hit 10 of his 16 field-goal attempts, including his lone three-point attempt, in the win.

Timme and his Gonzaga team will now take on Arkansas on Thursday afternoon for a chance to advance to the Elite Eight.