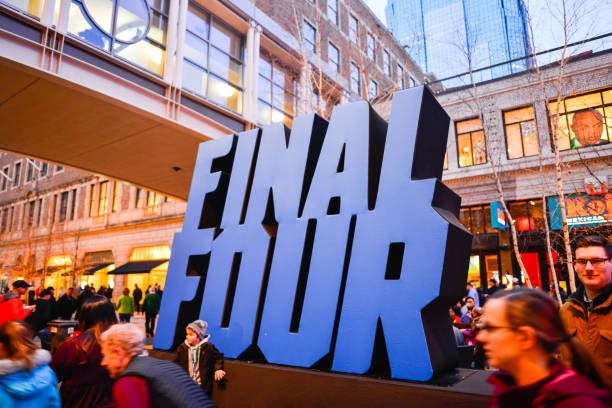 The NCAA “Final Four” during COVID-19

The NCAA Basketball season has been a far cry from what we are used to; there were no colorful cheerleaders and no raucous fans in the stadiums willing on their favorite teams. Most games were played in semi-empty stadiums, and fans, on the most part, had to watch either on television or on the internet. However, we have gotten through the season without much fanfare and are now at the stage of the Final Four Tournament. There are only Gonzaga, UCLA, Houston, And Baylor left standing, and we will see a new champion after the defending champions Virginia failed to qualify for the final four. The 2021 Final Four will be structured similarly to other years, with a few differences due to the pandemic.

Despite growing calls from coaches and team management, the NCAA will retain the daily testing of all players and officials for the Final Four Tournament. Some coaches such as UConn Head Coach Geno Auriemma have argued that it would be unfortunate for a team to be eliminated due to team members testing positive at this stage of the tournament. The NCAA, however, believes that testing is necessary to keep everyone safe and to keep the integrity of the tournament intact. So, for the first time in NCAA Basketball Final Four history, there is a possibility that factors outside of basketball could determine the eventual winner; If any of the four teams have multiple positive COVID-19 tests, they will exit the tournament by default. We hope that this does not happen for the sake of all these young players and officials that have worked so hard to get this far.

All three games of the Final Four Tournament will be hosted at the Lucas Oil Arena in Indianapolis, which is similar to what happens under normal circumstances. There will be some fans in the stadium; up to 17500 seats will be available for the final four games. This is excellent news for fans, but the prizes for tickets will be higher than they usually are. The presence of fans will definitely add to the tournament’s atmosphere and hopefully will motivate teams to be at their absolute best! All persons allowed to attend the final four games are required to wear a facial covering throughout the games. Fans will also not be allowed to interact with athletes, coaches, or officials directly and will be required to remain in their seating pod for the game’s duration.