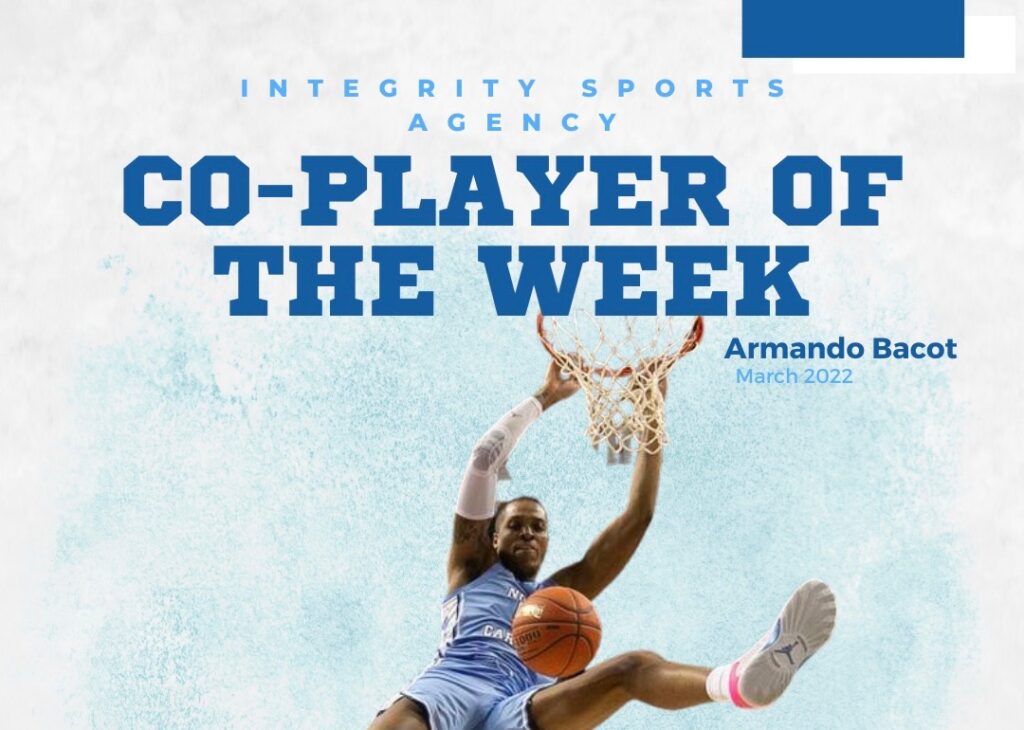 On Monday, Integrity Sports Agency named North Carolina forward Armando Bacot as its Co-Player of the Week for his exceptional play during the week of February 28-March 5.

Bacot led the Tar Heels to a 2-0 record during the week, with wins over Syracuse and No. 4 Duke. Bacot put on a display at Duke, in Coach Mike Krzyzewski’s last home game, scoring 23 points on 10-for-11 shooting and grabbing seven rebounds. Bacot also had just one turnover against Duke’s loaded front court.

Against Syracuse, Bacot scored 17 points and grabbed 18 rebounds in another dominant effort in the paint.