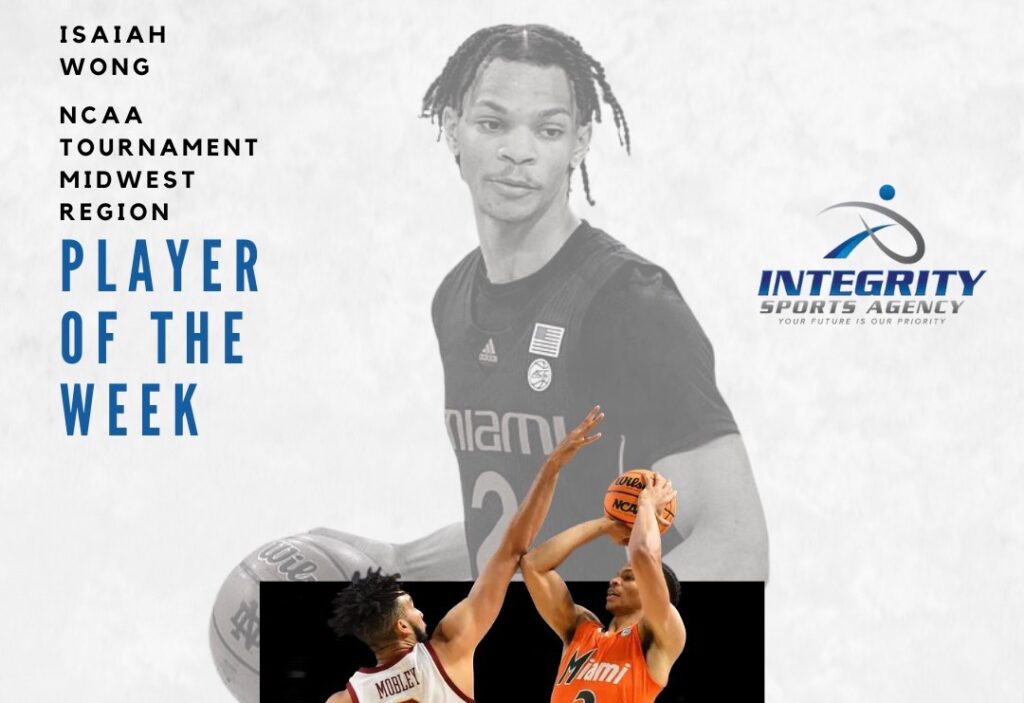 On Monday, Integrity Sports Agency named Miami guard Isaiah Wong as the ISA Player of the Week for the Midwest Region of the NCAA Tournament.

Wong led the ten-seeded Hurricanes to two wins, taking them all the way to the Sweet 16. Wong scored 22 in the first-round win over USC, and followed that up with a 21-point performance in the win over No. two seed Auburn. He hit 50% of his field goals in the two games, and missed just one of his 14 free-throw attempts.

Wong and Miami will now take on Iowa State on Friday night for a chance at the Elite Eight.